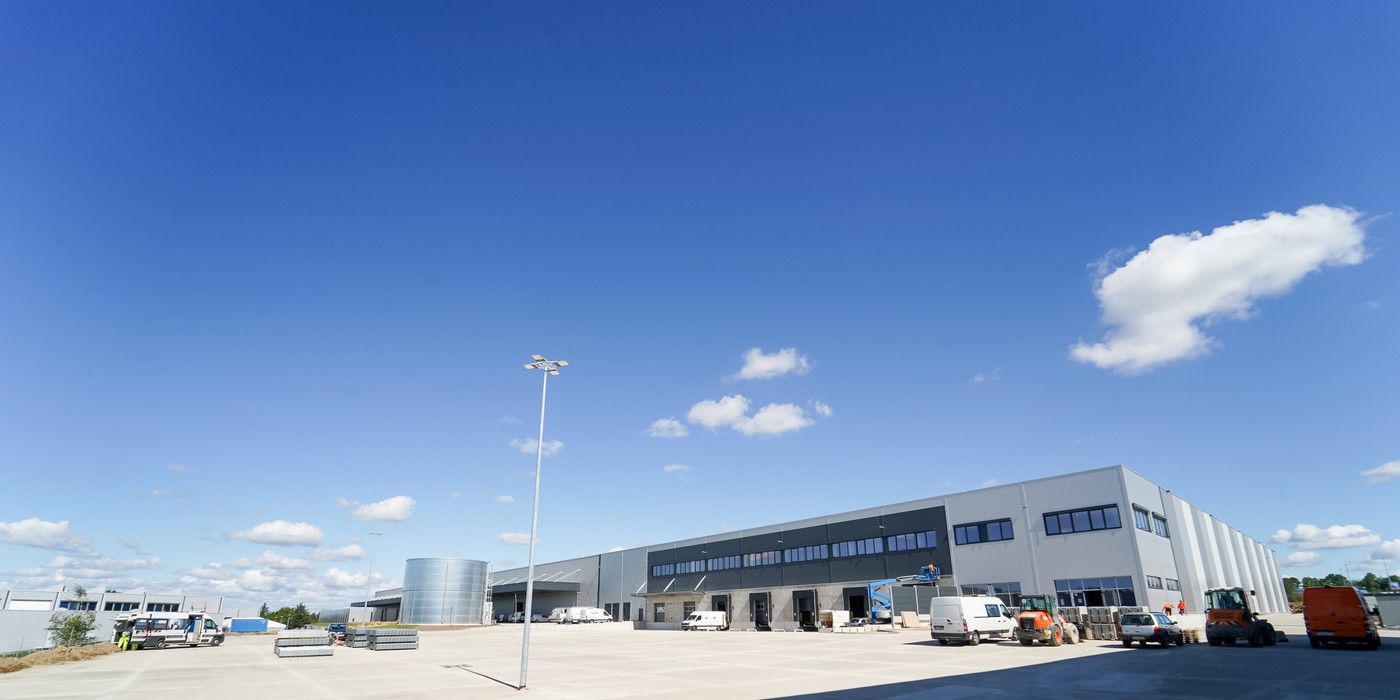 “A good example of our philosophy”

Schnellecke Real Estate completes logistics center in Warmenau on schedule and according to Gold Standard.

Despite the corona pandemic, Schnellecke was able to hand over a new logistics center to Volkswagen in August on schedule. It was planned and built by Schnellecke Real Estate, the real estate specialists of the Schnellecke Group.

Volkswagen is pursuing the goal of bringing its warehouses, which are scattered throughout the city of Wolfsburg, as close as possible to its production facilities in order to further reduce the environmental impact of truck traffic and to cut costs.

So, it was a good thing that Schnellecke owns a plot of land in the Warmenau district of Wolfsburg, close to the factory. It was quickly agreed: Schnellecke would build a logistics center there, and VW would then lease it.

“That sounds easier than it is,” says Ludwig Büttenbender, Managing Director of Schnellecke Real Estate (SRE). “The layout of the plot of land was not exactly ideal, and Volkswagen naturally had specific requirements. A lot of time was spent on the preparatory planning.”

Schnellecke Real Estate is the business unit of Schnellecke that specializes in the planning, construction and management of logistics real estate. Currently, over two million square meters of warehouse space are managed worldwide. SRE develops and builds not only for Schnellecke, but also for other customers. 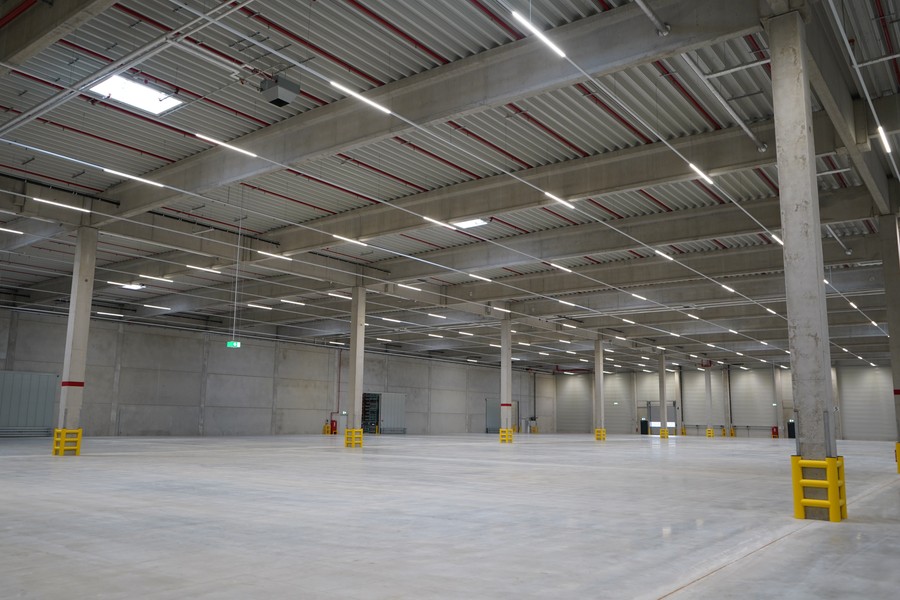 Thinking about the future

Büttenbender and his co-managing director Carsten Sievers sat down with colleagues from Business Development at Schnellecke Logistics. “They are the absolute experts; they do this every day,” says Sievers. The planning was based on the logistics requirements. Where should the external warehouse be located? What are the transport routes? Where does waste intersect? “That sounds trivial, but if this is done a hundred times a day for ten years, every wrongly planned meter is money wasted,” says Büttenbender.

Not only was the planning done according to VW’s requirements, but also projected into the future. VW wanted 70 parking spaces at ground level for cars. SRE planned the area in such a way that a parking facility for a total of 170 vehicles could be built there if there was an additional demand.

This is just one example of what Büttenbender and Sievers understand by sustainable logistics planning. The office space of 800 sqm was put on the second floor over the gates so that an additional 400 sqm could be added as need grows without reducing the logistics area.

Even though Volkswagen does not want a suspended ceiling at present, anchor heads have been installed in one part of the hall. The roof was designed in such a way that insulation and statics allow the future installation of a photovoltaic system. 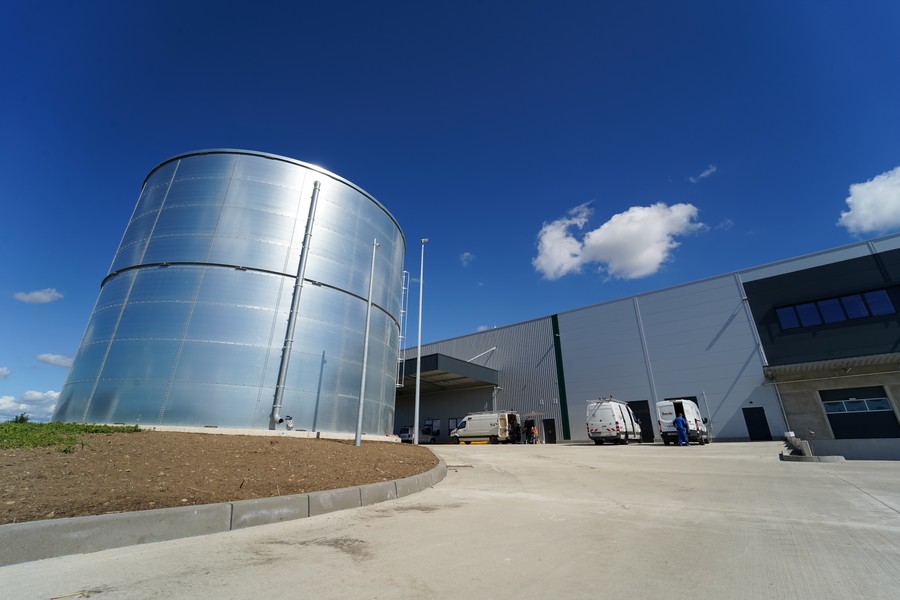 However, it is not only SRE’s planning that is sustainable, the building itself is also sustainable. Less sustainable materials were replaced by ecologically more sustainable ones. The low-energy construction is gold-certified by the German Sustainable Building Council (DGNB), rainwater is used to irrigate the property, a consistently low-consumption LED lighting system controlled by motion detectors was installed both inside and outside, and the outdoor facilities will be landscaped in an ecologically sound manner.

“In addition to the technical and ecological properties, one should not forget the aesthetics,” emphasizes Sievers. “A logistics building will never win an architecture award, but that doesn’t mean it has to be ugly.” This is proven by the use of color and design patterns in the façade design in Warmenau.

Volkswagen now has a building that meets all the company’s requirements and is also flexibly equipped for the future should demands change. “This is a good example of our philosophy,” concludes Büttenbender. “We develop tailor-made solutions for our customers, which, if necessary, can later be adapted with a manageable amount of effort.”

The management of the new logistics center is also in the hands of Schnellecke. In a parallel call for tenders by VW, Schnellecke Logistics was able to prevail over its competitors.