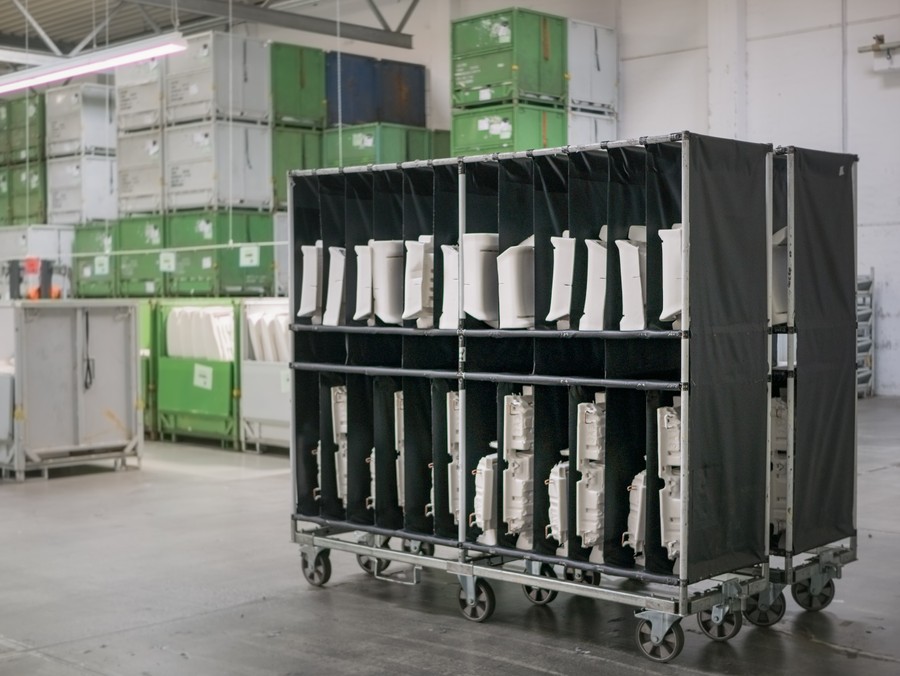 In a pilot project, containers are equipped with transmitters and can therefore be located at any time

When logistics is talked or written about, then the topic of “containers” is usually only mentioned incidentally, if at all. However, logistics is inconceivable without transport containers. At Schnellecke, containers that can automatically report where they are currently located have been in use this year for the first time.

Reusable transport containers, as they are frequently used in the industry, are expensive and represent a not insignificant cost factor. That is why companies are interested in using these containers as effectively as possible to reduce losses.

Damages in the hundreds of millions occur each year due to the seemingly traceless disappearance of containers.

With the launch of the first internet of things (IoT) pilot projects, Schnellecke has now taken an important strategic step in only a three-month project term in the framework of the digitalization of logistics processes. “We are now able to exactly determine the location of containers in a project for our customer and therefore optimize the transports,” reported Denis Wirries, who managed the project at Schnellecke.

The recording of containers at different stations of a multiple-use system is not new. However, it is usually carried out decentrally and on site. Outgoing Goods records the number of containers and the receiver, Incoming Goods does the same at the destination. The data is often kept manually on paper. Even though each user in a multiple-use system keeps their own accounts about the container circulation, this is often not done simultaneously but only synchronized at specified intervals. Due to different systems, the data is even often still
exchanged by telephone or email. This not only means that errors are bound to happen, the entire process also takes a lot of time. 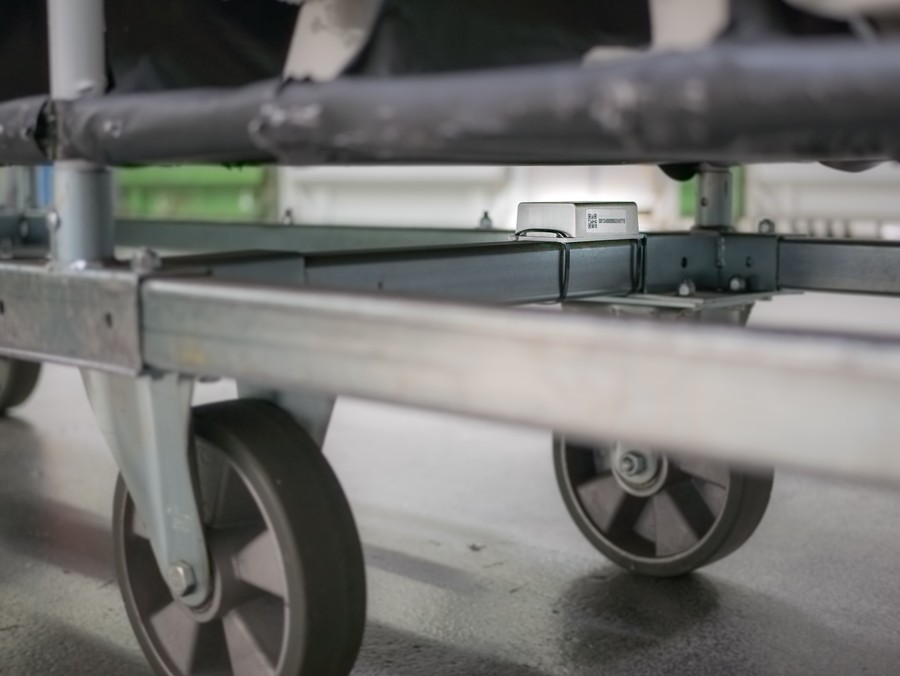 Container are live on air

“We have equipped the containers with smart
transmitters, so-called beacons, that transmit their location in short intervals,” Wirries said, explaining the principle used by Schnellecke. “In this way, we can track the JIS containers continuously on their route from Picking to the customer’s assembly line.”

In the past there were repeated situations in which the customer ran out of containers and requested new ones from Schnellecke. This led to a time-consuming search for the possible locations of unused containers on the customer’s premises. Container circulation planning in real time was not possible in that way.

This is now a thing of the past. The beacons attached to the containers transmit their location information to IPS (indoor positioning system) gateways that are located along the path of the containers. All movements are transmitted online, assessed in real time, and subsequently sent to Schnellecke’s SAP Cloud platform. There they are saved and processed. The exact (GPS) position is not relevant for this but rather being in a pre-defined zone in which the containers sign themselves in or out

The order data from the Schnellecke JIT System is also transmitted to the cloud and linked to the existing container locations, allowing for the real- time tracking of the progress of the processing status of the orders and containers – not only by Schnellecke but also by the customer, who also uses the system. 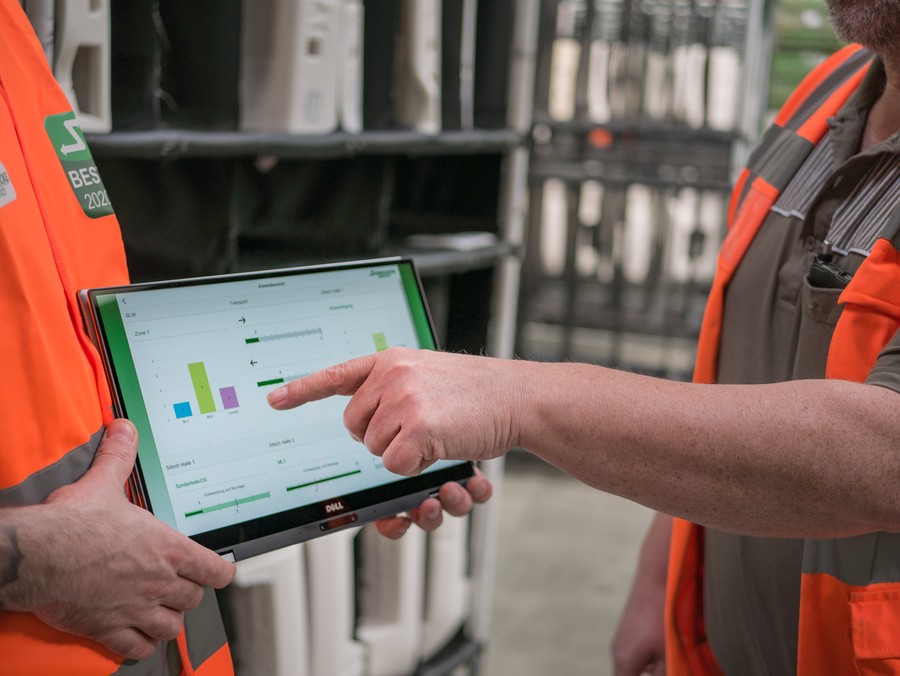 The advantages are clear: As well as the time-consuming search for containers, the manual registration by the drivers at Incoming Goods is also eliminated. An overview of the locations of containers at the customer’s plant is available at all times, meaning that the customer can also react better to foreseeable shortages.

“This project lays the foundation for our strategic goal of digitalization and automation of the processes by enabling us to digitally trace movements,” stressed Denis Wirries, who heads the Competence Center IoT at Schnellecke. “The knowledge gained allows us to redesign and optimize existing processes. The solution with the beacons can, for example, be used everywhere quickly and does not need any fixed infrastructure.”

The process in practice - overview

(2) Then Schnellecke’s employees start to fill the JIS containers.

(3) The container is then parked next to the picking zone and stays there until the next transport window.

(4) A truck comes to the zone at regular intervals where the waiting JIS containers are then loaded.

(4b) The truck also regularly brings back empty JIS containers. These are unloaded beforehand and also parked in the picking zone area.
These empty containers are then refilled with new JIT call-offs by Schnellecke employees. 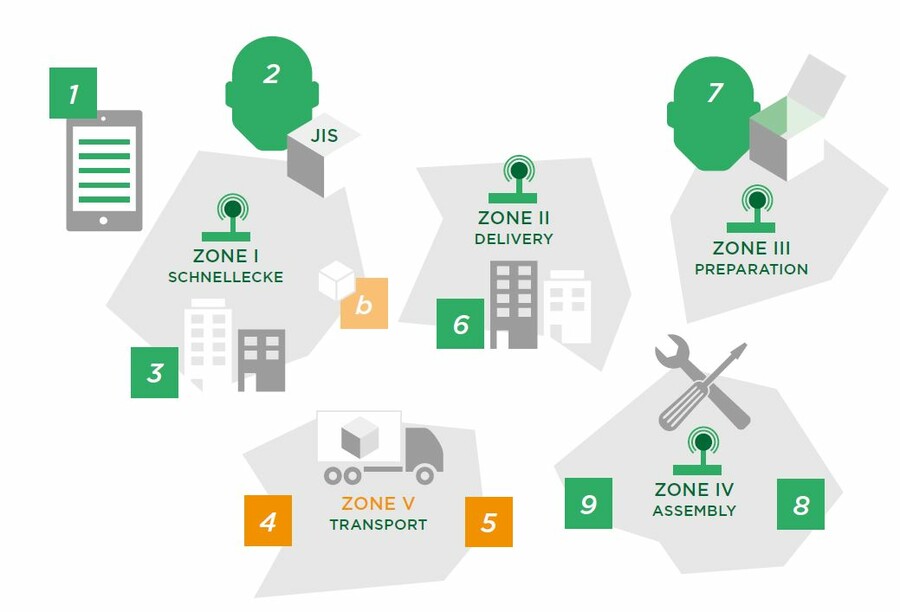 (5) The truck with the filled JIS containers drives to the customer and is unloaded there in Zone 2. The containers are initially parked in this building.

(5b) Empty containers are again loaded onto the truck.

(6) The customer’s employees take the containers to the preliminary production lines in irregular intervals or upon demand.

(8) Each of the containers prepared in this way is then brought to the actual production lines. There, the finished parts are removed from the containers and assembled to complete units.

(9) The empty containers are parked near the production line and brought back to Zone 2 in irregular intervals.