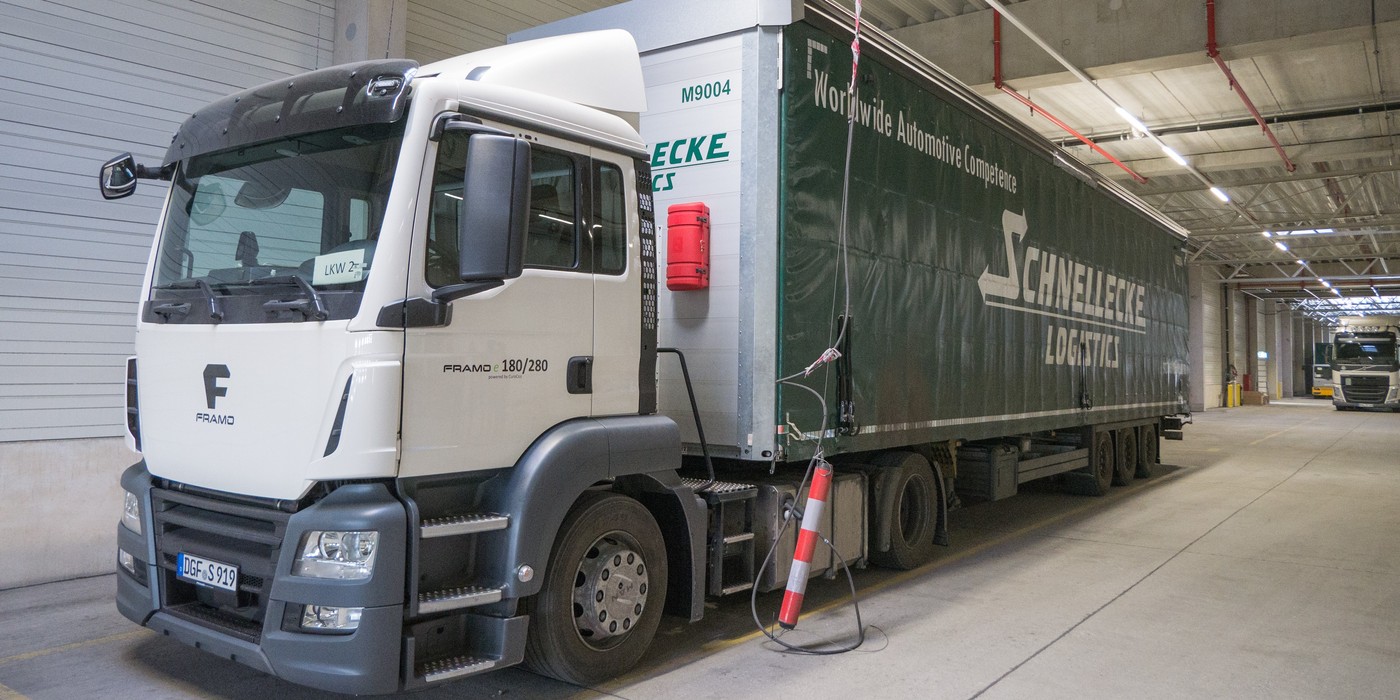 A sustainable economy is not possible without sustainable logistics. The importance of the industry in the value chain of many companies is too great. Alternative drives and thus the move away from fossil fuels such as gasoline and diesel are one way of making transports more resource-efficient. As an innovative logistics service provider, we accompany the change from the very first moment. That's why we put our first four trucks running on liquid natural gas (LNG) into operation in mid-2019 and are in the process of further expanding our LNG fleet. We have even had one vehicle running on compressed natural gas (CNG) in operation for some time.

The LNG vehicles score points above all for their environmental benefits. CO2 emissions, for example, are between ten and 15 percent lower than with fossil fuels. Even more impressive is that 95 percent less particulate matter is released into the air. Noise is also reduced by around half and LNG vehicles consume less fuel. Despite high initial costs, they will thus pay for themselves in a short time.

We can therefore already use the vehicles on significantly more routes than shortly after they were purchased. After a detailed briefing, during which some special features are explained, the refueling process is no more complicated than with other fuels. For example, drivers must note that a distinction is made between warm (-130 to -120° C) and cold LNG (approx. -150° C). Our trucks prefer warm LNG. As soon as the LNG is too cold, the pressure in the tank decreases. The vehicles must then remain stationary until the pressure has regulated. For this reason, only appropriately instructed drivers are allowed on the vehicles, and they also wear protective equipment when refueling.