With the Digital Control Tower, the digital twin of logistics processes is gradually becoming reality.

When you enter the headliner assembly in the Schnellecke factory in Wolfsburg, nothing special can be seen at first glance. In a well-rehearsed sequence, many individual parts are used to create complete interior linings for vehicle roofs, which are installed on the Volkswagen production line only a few hours later. What you do not see: This is also a pilot site where the Digital Control Tower (DCT) went into productive operation almost a year ago. 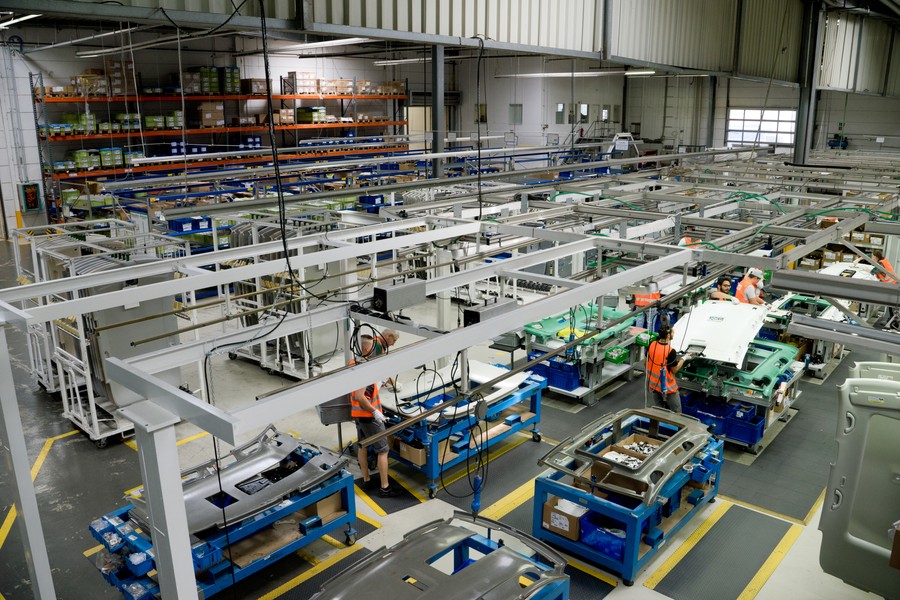 We want to know exactly what is meant by this. That is why we meet Denis Wirries and Jan Tereszczuk in the huge hall in the Sandkamp district of Wolfsburg. The two IT experts are responsible for developing the Digital Control Tower.

“There's a lot of talk about the digital twin. However, it will be several years before this happens, as this requires the collection of vast amounts of data in real time,” Wirries says, dampening our expectations right at the start. “On the one hand, the technical prerequisites for this are missing, for example a complete equipping of all objects in the supply chain with sensors, and on the other hand, we do not own the components and are not allowed to change them.”

Complete transparency of all events that influence a process is therefore currently not possible. But only when it is known at all times what is happening or will happen at which point can the system or the person controlling it react accordingly and also preventively. So, this is still a dream of the future?

“Clearly,” nods Tereszczuk. “We call what we do a complete process controlling, that is the pragmatic way, so to speak. And at the end of this path is the digital twin. But when that will be is pure speculation.”

So, let's take a closer look at what has been achieved so far. To do so, we go to the control center for the assembly of components. Wirries points to a monitor. “Until a year ago, several monitors were still needed to track all processes in real time,” he explains. “One was running SAP, another our own warehouse and process management programs. We have now combined these in a uniform process monitor. In addition to this live data, we have also integrated warehouse management data.”

On the screen we see a row of tiles. Behind each is one of the modules that are manufactured here. If you click on them, new tiles are loaded, representing the individual stages of the process chain and the corresponding activities, from goods receipt and assembly, to sequencing and transport. By using traffic light colors, you can see immediately if there are any problems anywhere.

By selecting a tile, details can also be called up, for example via call-ups, and a comparison between target and actual status can be made. “You can see, for example, from the aggregated call-offs, whether a customer's production line is currently slowing down or speeding up. This enables us to deploy our human resources in a more targeted manner, for instance by taking employees off one job and assigning them to another,” explains Wirries. 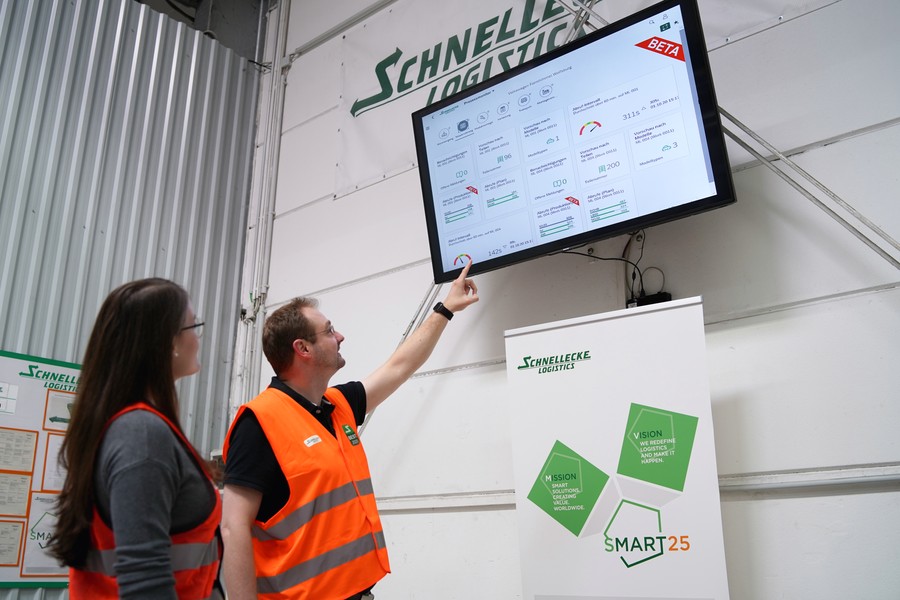 One strength of the DCT is that it runs on all end devices. This means that the employees themselves, whether they are factory workers, team leaders, or forklift drivers, can also use it on their tablets or smartphones. The latest module added to the system a few weeks ago is based on this capability: an error message monitor.

In the past, an employee would call the control center to report an error, for example a technical problem with a forklift, incorrect deliveries, or incorrect storage locations. The problem was then resolved from there, often without any feedback to the employee. “With the notification monitor, the employee simply takes a picture of the situation with his smartphone or tablet, adds a brief description and that's it,” says Tereszczuk. “The error message is automatically documented in the system, as is the reaction that is initiated, and the employee receives feedback. This not only speeds up the entire process, but we can also evaluate the documented errors and see where any weak points in the process are.”

Relatively new is also the shift protocol automated by the DCT. These protocols were previously prepared by hand on paper, in Excel or a database. “Our goal was to standardize this,” says Wirries. “We also connected our HR system as data supplier. Now we save a lot of time in the production of shift protocols – and in a uniform format. This means that when there are meetings at regional division level, the information does not have to be laboriously transferred by hand from different formats, but is available directly for evaluation.”

The IoT tracking (IoT = Internet of Things) developed and used by Schnellecke was also integrated into the DCT. The next step is to integrate the material coverage from the warehouse area. Inventory stocks are already available, but the DCT should show in minutes how long these will last until they reach zero, a task that is currently still performed by a “linerunner”, who walks through the warehouse, scans articles, and generates replenishments. “Once we have automated this process, we'll have taken a big step forward,” Wirries emphasizes.

Currently, modules of the DCT are being tested intensively in practice at a number of German Schnellecke sites. “We still have a long way to go,” concludes Wirries. “But we are learning with every new process, not least that we always have to involve the people who are going to work with it. Because their acceptance is decisive for success.”