Watson on the case

Most people think of a robot as a structure made of metal and electronics that welds body parts together, automatically transports goods, or performs recurring monotonous tasks in a wide variety of economic sectors. But there are also other, more invisible robots. They are not made of metal or plastic, but of code. The first specimens of this type have now started work at Schnellecke. 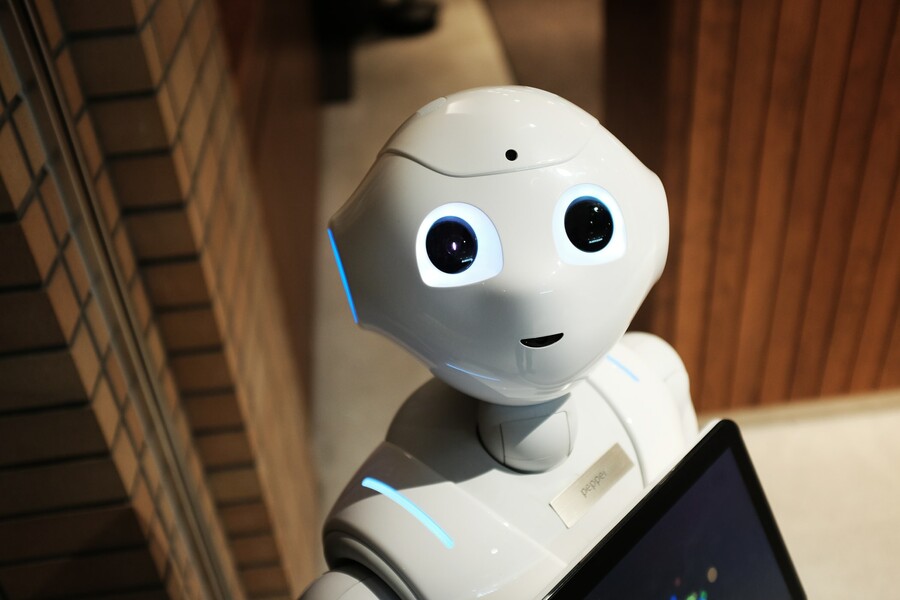 “You quickly get used to things that make life easier,” laughs Joliana Hunt, who works as a creditor clerk in the FSSC (Financial Shared Service Center) at Schnellecke. The “thing” she is referring to is called Watson and is a bot, a software robot. Hunt describes what this has changed in her department: “In the past, the majority of invoices arrived at headquarters in paper form by mail. They were brought to the accounting department by in-house mail, where they were sorted manually according to company code, and then transferred to the accounting software by scanning the documents.”

Nowadays, more and more companies send their invoices digitally to Schnellecke by e-mail, a total of around 300 per day. Each incoming e-mail was opened in order to open the attached invoice document and to determine the recipient (company code). The company code was then entered in the subject line of the e-mail and the e-mail could be moved on for transfer to SAP.

And today? Today Watson takes over these tasks. The bot is able to read the attachment of an e-mail via Optical Character Recognition and, based on the recognized information, decide where the e-mail should be moved to. It can then assign each invoice to a company code and automatically transfer it to SAP. The entire process is now fully automated.

Easy for humans, difficult for robots

“This task is ideal for a software robot,” says Marten Niebuhr, who heads the RPA Competence Center at Schnellecke and programmed Watson. The 31-year-old joined Schnellecke as a digital trainee almost three years ago after completing his master's degree, and has been involved in the RPA innovation project from the very beginning.

RPA stands for Robotic Process Automation, i.e. the automation of processes using software bots. This requires a suitable development environment in which the robots can be qualified for specific tasks. “One robot can certainly handle several tasks. Every RPA bot is capable of working 24/7, but at some point it reaches the limits of its capacity,” Niebuhr knows. “Then a second robot has to be added.”

Processes suitable for such automation were first identified in several workshops before the invoice receipt process was defined as the first project. “The first step was to find out which process was to be automated,” reports Niebuhr. “In the specialist department, I was shown the process and a video of it was recorded.” The video then served as the basis for developing the bot.

The robot is not programmed directly in a programming language, but in a sequence of actions that it is to perform and which are then specified in a programming language. That sounds simple, but the devil is in the details, as Niebuhr knows: “There are actions that are incredibly easy for a person to perform. They see something, for example in SAP, and know what it's all about. You then have to develop a rule for the bot so that it can process what the human intuitively recognizes correctly.”

Employees therefore do not need an IT background and do not have to master a programming language to build robots. “Johanna Gerstel, my colleague, trained as a forwarding agent. Now she has familiarized herself with the development environment and has already automated her first own process,” Niebuhr cites an example.

Once a process that is to be taken over by a robot has been started, it takes about five days to set up the basic framework. What then takes time is the finishing touches. The bot runs on its own server, and you can even watch it at work. Some processes run in the background, such as the analysis of attachments, which do not need to be opened. If Watson works in SAP, however, you can practically look over its shoulder and follow its actions, which it carries out much faster than its human colleagues.

“The key to the success of RPA is above all the acceptance by our colleagues,” says Niebuhr. “The robots should be perceived as hard-working and reliable colleagues. The only thing that must not be forgotten is that they have no human intelligence at all. Instead, they are simply very good at performing monotonous tasks for their human colleagues.”

Another project is the so-called intercompany reconciliation. Here, the receivables and payables of the individual Schnellecke companies are reconciled with each other. Since a high booking volume has to be reconciled and this takes a lot of time, the reconciliation is currently only done twice a year.

If the bot takes over this task, it will do it every month in the future. This significantly reduces the personal reconciliation effort. The process is not particularly complex, but it is so extensive that even the robot needs several hours for this. For this reason, it is planned that it will always do its work on weekends when the SAP servers are not so busy. “It can then work in peace,” Niebuhr smiles.

Own competence center for software robots

Each bot has a built-in reporting function that registers and totals the time saved per action. This also makes it easy to determine the KPIs. Due to the enormous potential of RPA, Schnellecke decided to anchor the topic in the organization with its own Competence Center. In order to build up RPA know-how in the workforce as well, the Competence Center trains so-called RPA scouts, who are to use their new knowledge to identify further RPA-suitable processes.

RPA is also being promoted globally by Schnellecke. The goal is to have established a fully functional RPA team in Mexico in the coming year, which will then take care of the development of RPA bots in Mexico and in the USA.

In the FSSC, Joliana Hunt is now actively involved in the development of “her” robot – and is relying on it. “In the meantime, it's noticeable when Watson isn't working,” she says, “it's now a recognized member of the FSSC.